Any questions or anything we can help you with?

If  you would like to know more about our Accommodation, Function Centre or Motorhome Park, please contact us, we look forward to hearing from you! 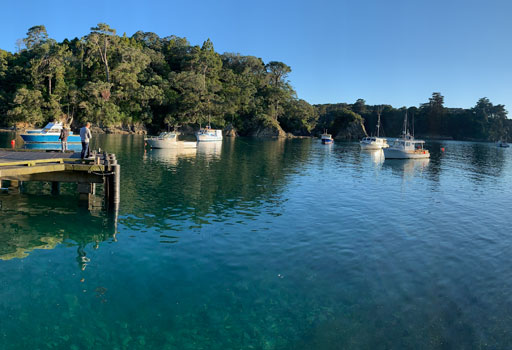 For many years the old Leigh Hotel was a favourite local watering hole. Then the pub fell on hard times finally closing its doors in 2006. Wellingtonians, Alan & Jasmin Macdonald decided it was time for a new life adventure buying the rundown facility in early 2016.

Alan an engineer and builder, and Jasmin experienced in hospitality, believed the site could be rejuvenated and turned into something really special that would bring more visitors and fresh opportunities to their new hometown.

They knew it would be a massive project, so were delighted when long-time friends Ian and Heather Johnson-Lee decided they were ready for a change from their teaching and IT jobs and joined them in the start-up.

The ‘Coastels’ Motel Accommodation opened for business in December 2016. After extensive planting and landscaping, a Short Stay Motorhome and Caravan Park opened in March 2017 enhanced by the addition of a sparkling new ablution block in 2018. The Function Venue, comprising the Seaview Room and Lawn, Courtyard Lounge and fully refurbished Commercial Kitchen was completed at the end of 2017, hosting the first wedding in December of that year. Five Boatshed Cabins were added in 2019 to offer simple short stay accommodation to complement that offered in the Coastels. A standalone two-bedroom holiday Cottage – The Bach was added to the pool in 2022.

The venue, now almost fully refurbished (driveway reconstruction notwithstanding)  has become a popular getaway for holidaymakers who have enjoyed a breakaway in lovely Leigh by the sea. The summer of 2020 saw a record number of weddings held at the venue and it is becoming a well-regarded destination within the business  sector for a corporate offsite and team getaway.

To keep in touch with any new developments or special events at Leigh Central – follow us on Facebook.